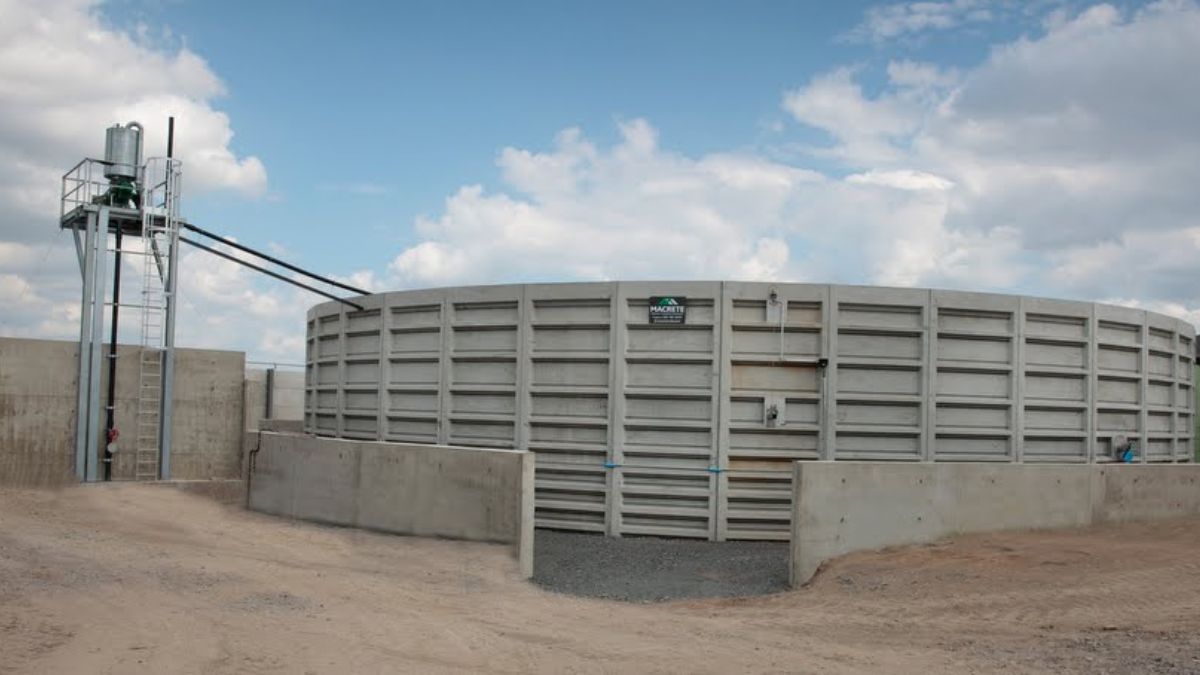 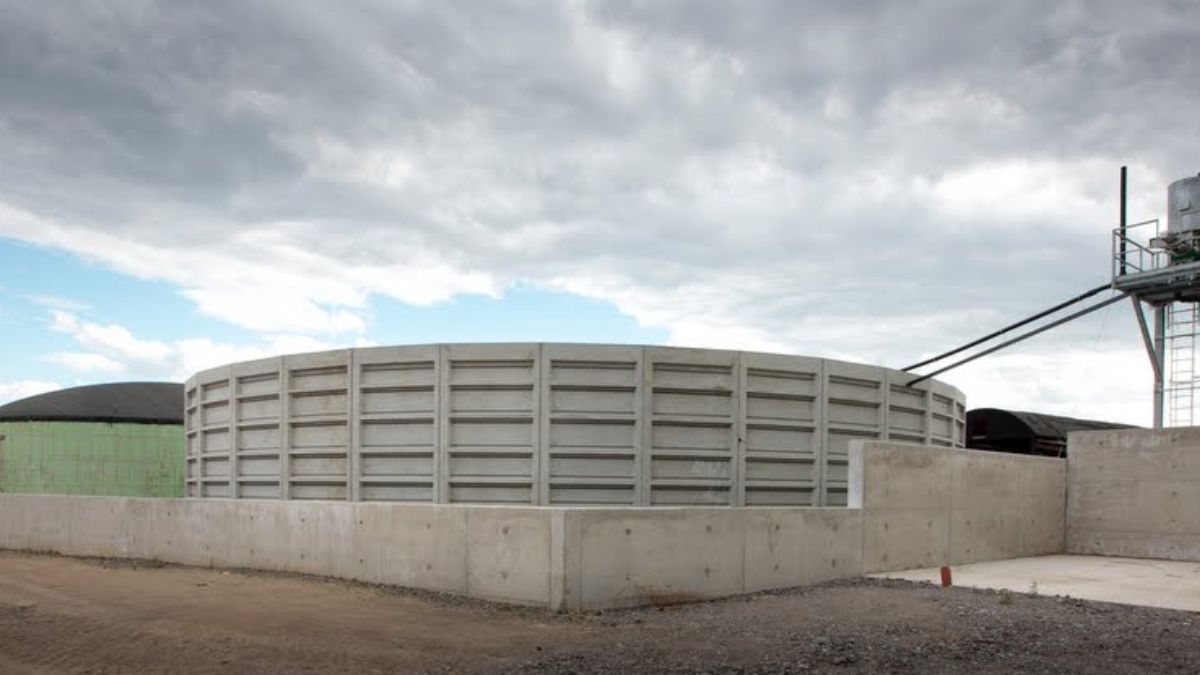 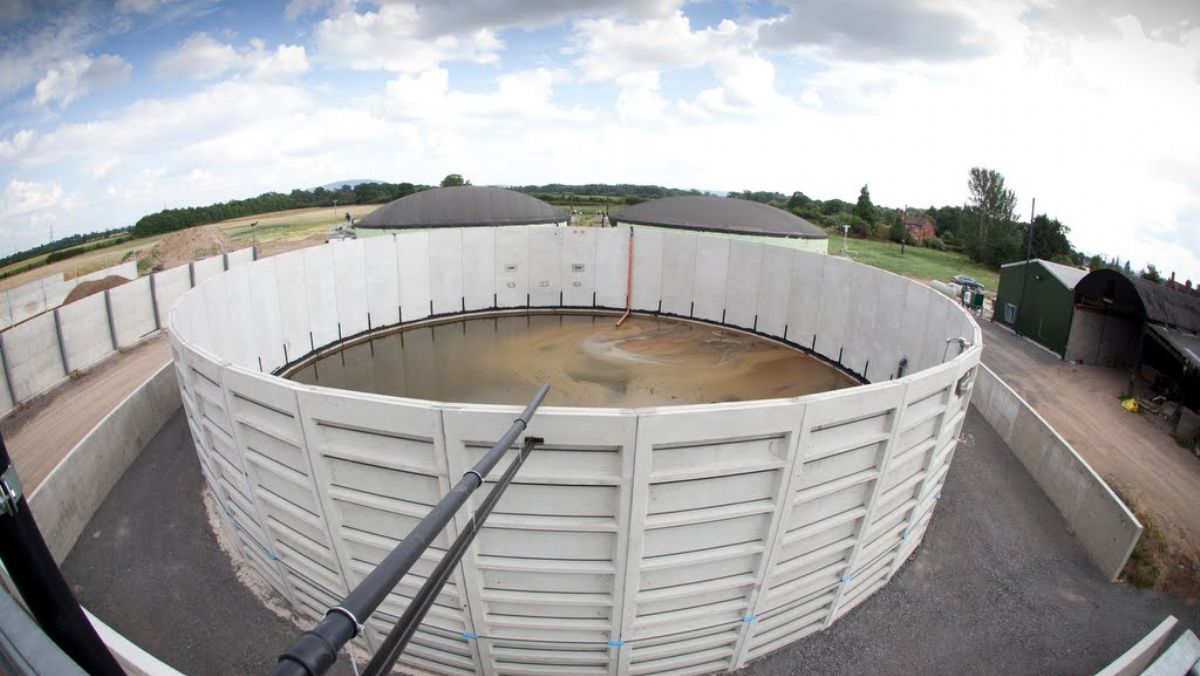 A Macrete concrete storage tank is being deployed as a component of the anaerobic bio-digester/bio-gas plant supplied by AgriKomp UK.

The 1,000,000 gallon storage tank is provided for storage of the liquid digestant resulting from the processes of the system.

Producing a 380Kw electricity contribution to the National Grid, the bio-gas plant relies on a farming feedstock of maize, poultry manure and cattle slurry, from which bio-gas is harvested, then used to power an electricity generator.

The remaining digestant, which still possesses 100% of its NPK nutrient content, is separated into solid and liquid. These are stored and used as required within the farm to provide approximately 80% of the necessary total land fertilisation.

With an initial set up cost of around £1.8m, the bio-gas plant has a payback period in Britain of 8-9 years, based on the proceeds of electricity generation. The plant has a working life of at least 20-25 years, based on experience and data obtained in Germany.

With the search for new energy sources piling pressure on future generations, could the bio-gas system have long term applications in additional kinds of deployment, besides farming?

The AgriKomp bio-gas plant featured here, the second of such in England, is owned and operated by Preston Boats Farm, Uffington, near Shrewsbury, Shropshire.