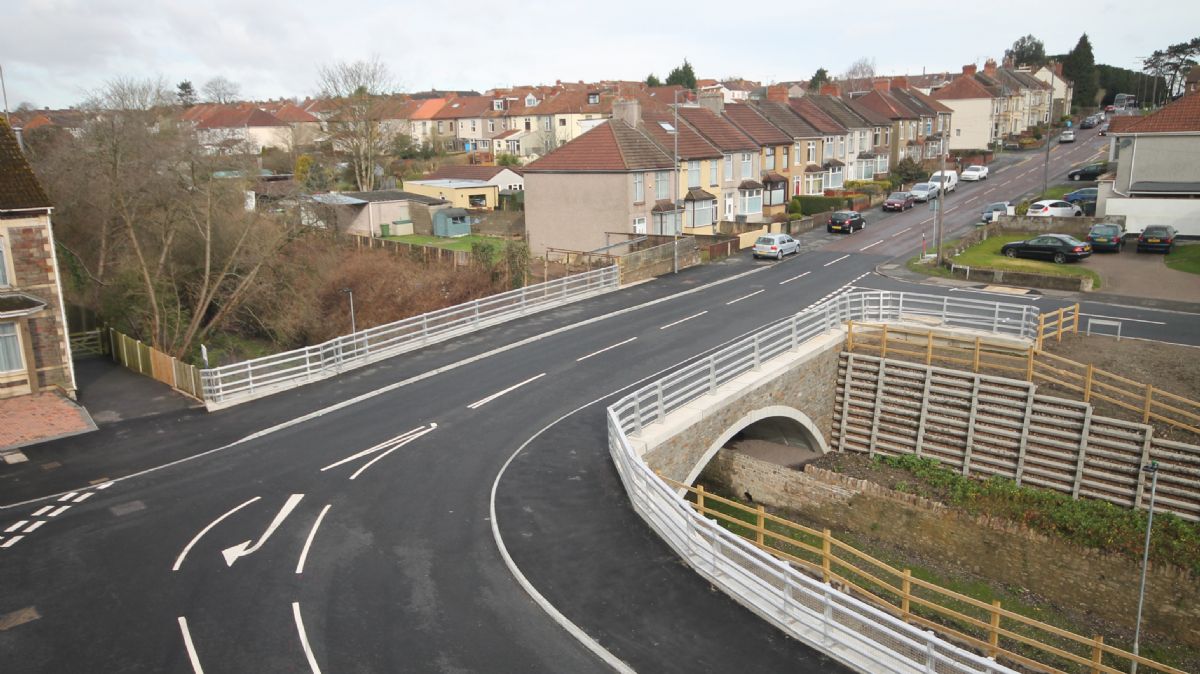 Macrete Ireland’s involvement in a complex widening scheme on a bridge in Bristol has been rewarded by the judges.
The project involved a significant widening of the Teewell Hill railway bridge to include new footways and a wider road. The original bridge was built in the 1840s to carry traffic over what is now the Bristol and Bath Railway Path. A separate steel pedestrian footbridge was added in more recent years. However, with the main bridge no longer fit for purpose and the steel footbridge coming to the end of its design life, the decision was made by South Gloucestershire Council to undertake a significant widening scheme.

The impressive new bridge is the result of painstaking work by the entire project team, and it not only provides additional space for vehicles but also includes new footways for pedestrians and improved cycle facilities. Macrete was tasked with ensuring that the new bridge looked very similar to the original bridge, so the walls will be clad with similar stone as the original.

Macrete Ireland Ltd is one of the UK’s foremost precision precast concrete manufacturers. From its design and manufacturing facility in Northern Ireland, the company supplies innovative bespoke structures to the construction industry’s main contractors throughout Britain and Ireland. One example of this innovation is the Flexi Arch bridge that has been employed in numerous projects across the UK – a patented Highways Agency approved system that combines modern precast concrete technology with traditional arch bridge structural principles.