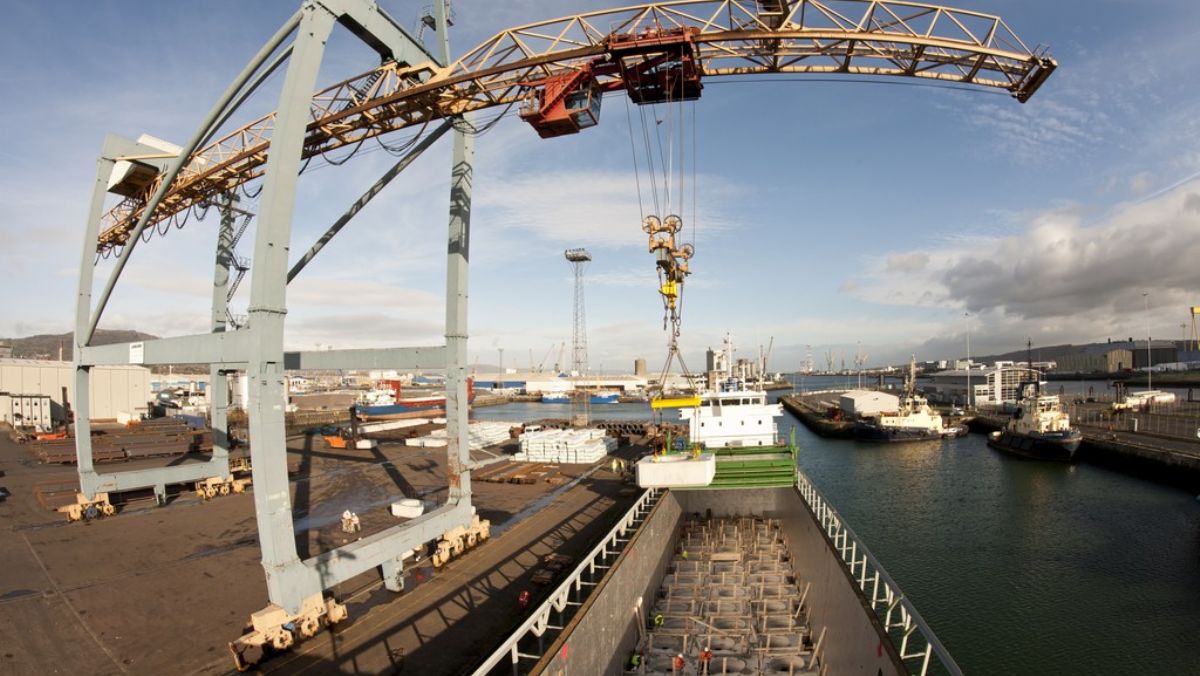 The Port of Dover is beginning to take delivery of the new Marina Pier, as part of the Dover Western Docks Revival (DWDR) development, which consists of 360 individual pre-cast concrete units weighing a combined weight of 13,350 tonnes.

Components of the Marina Pier are being manufactured by Macrete, a company based in Northern Ireland, and at the forefront of the precast concrete industry. Designed by Tony Gee & Partners, the pier will be constructed by VSBW the contractor for the marine infrastructure and bridge contract.

The overall design ensures that the marina pier is in keeping with the surrounding harbour area and aesthetically pleasing to the Dover community. The wave walls have also been featured to promote important habitat for macroalgal and epifauna in the harbour - an initiative approved by the Environment Agency.

“Macrete’s massive, precast units not only meet the structural requirements, but aesthetically, are featured to match existing structures in the harbour and deliver a high-quality finish for the development.”

Each segment of the pier, from bottom-to-top, is supported on a 16t corbel unit and attached to the tubular steel pile. The lower 45t base unit spans between two corbels. The base unit is followed by a 45t wave wall which also spans over two piles. With the base unit and wave wall in place an in-situ concrete pour is undertaken to lock the units in place. The final precast components are 22t deck units to make up the walkway of the structure which are also secured and concreted into position.

All pre-cast concrete units will be shipped directly from Belfast Harbour to Dover over a four-month period. It is expected to take until October to complete the new Marina Pier.

Abhey Gupta, Project Manager, Macrete Ireland Ltd said, “We are pleased and proud to be associated with Dover’s regeneration and by shipping the units directly from Belfast to Dover, we have contributed well to the sustainability and environmental targets of the project. Through building strong relationships with both the DWDR team and VSBW we have been able to meet the considerable technical and quality challenges presented by this flagship development for the Port of Dover.”

Adeniyi Aje, Marine Group Director, Tony Gee and Partners, said: “The New Marina Pier fills us with pride. It serves a dual function as a new public promenade and as a breakwater to protect vessels in the new marina. It is unique with innovative and sustainable features including its precast modular design which harnesses the benefits of off-site fabrication to its concrete finish which creates an environmental habitat.

“The design has safety at its core by minimising on-site handling and optimising the use of construction plant already on site to minimise construction time and carbon footprint. Use of Design for Manufacture and Assembly (DfMA) tools also eliminate potential for construction issues by integrating the ease of off-site manufacturing with efficiency of on-site assembly. We are pleased to be part of the team facilitating the revival of Dover’s Western Docks.”

Reproduced with the kind permission of Dover Port.